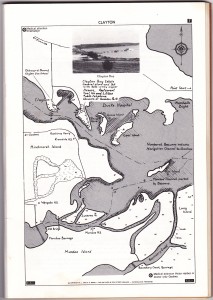 Rankine’s Ferry, a cluster of old stone buildings on the slope of Hindmarsh Island is a crossing no longer. Here Dr. John Rankine took his cattle to and from his Strathalbyn property. The Rankines, John and William came to Adelaide in 1838 to become original settlers in Strathalbyn, which they named.

For 10 pounds ($20.00) a year the doctor rented Hindmarsh Island and that was Rankine country. He fought for his life in the water here while swimming cattle to the mainland. A beast upset the dinghy and a rope twined around the doctor’s neck. The fact that Dr. Rankine survived the ordeal of strangulation and drowning shows what manner of man he was. His stock losses were fearful in the dry seasons on the island. In one year the doctor lost 500 cattle through lack of water, Hindmarsh Island became an island of bones.

Dodd landing was named after Thomas and James Dodd who came out from England in 1849. After starting out in Adelaide then Port Elliot ended up on the Coorong and settled to marketing cattle and sheep, but ultimately they settled for horse breeding. They took enormous risks as a matter of course. The hazardous Murray Mouth crossing was regular for the Dodds in their travels between Goolwa and the Coorong property. It was custom for the Dodds to swim their cattle across the Mouth from Goolwa to Barker Knoll. Described below by John Lewis, later a parliamentarian and stock agent leader in South Australia is one such crossing of 50 cattle when the tide was miscalculated. 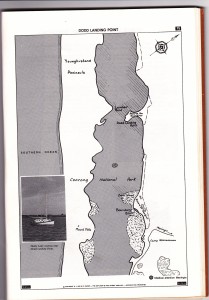 As it happened, the cattle washed ashore on the Goolwa side of the Mouth. Later they swam from Hindmarsh Island to Mundoo Island, then to the Peninsula.

The peninsula cattle were mustered by the various Coorong landholders down the century, but the wanderers became a menace in later years. Eventually they were shot to prevent further damage to the vegetation as awareness dawned of the peninsula’s value as a wilderness area.